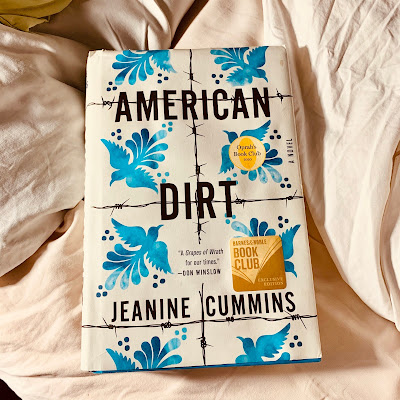 Jeanine Cummins, author of American Dirt has been caught in a storm of criticism for being a non-Mexicana to have written a novel about Mexicanos crossing the border from Mexico to the USA. By foot, by train, by car, in the blazing sun, in the pouring rain, and by sheer determination to survive the brutal journey.

How dare Cummins spend years researching the lives of the people in Mexico. How dare she use that research to develop characters like Lydia and Luca, who have witnessed their loved ones brutally massacred by one of the many omnipresent drug cartels in Mexico. And characters like Rebeca and Soledad who as young pretty females have the added burden of surviving the atrocities that young pretty females survive as they flee from their nightmares. And salt-of-the-earth light-skinned characters whose empathy causes them to put out jugs of water in the middle of a desert so that the Lydias and Lucas and Rebecas and Soledads can stay hydrated and walk another day.

How dare she construct a story that raises awareness about the ultimate appropriation of stripping the word "America" to have it mean 'Merica where 'Mericans speak 'Merican and Mexicans speak Mexican and should get their lazy brown asses out of 'Merica and go back to their own country, God damn it.

I close this book grateful to know that Lydia and Luca make it to el norte. And I wonder about the days ahead of them ... the dirt in the houses they will clean, the dirt on the fruit they will dust off and pick.

I walk this earth looking at the dirt below me and catch myself when I assume that dirt exists where it has always been ... but deep down knowing that dirt (like all things) travels, beyond borders that are constructed and imagined, as we rightfully aspire for the dream of belonging. And in that dream, witnessing Luca becoming the valedictorian who dares to speak about the dignity of survival and how survival is the foundation to actualizing.