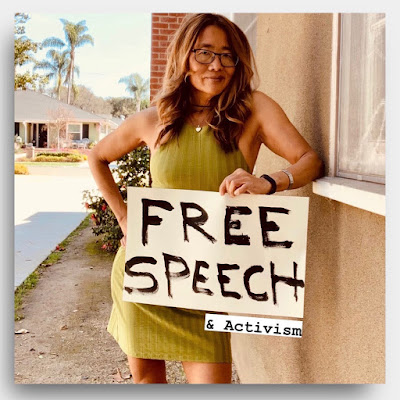 When we think of the concept of freedom, do we value only the freedom TO?To speak.To think.To act.Or do we also value the freedom FROM?Freedom from harassment.Freedom from intimidation.Freedom from violence. (The kind that the Asian American community has been experiencing a lot of lately and other moments in history.)When we think of freedom, is it something that belongs to an individual or also to a community?When we start to notice harassment and demand that it stop are we cancelling the harasser or is the harasser feigning censorship because they’ve not been kept accountable before?We will pursue these questions and more in my new online class in collaboration with Professor Lonce Bailey, titled The Reading Lab: Free Speech & Activism. Class begins April 9th. Details and enrollment info can be found here. 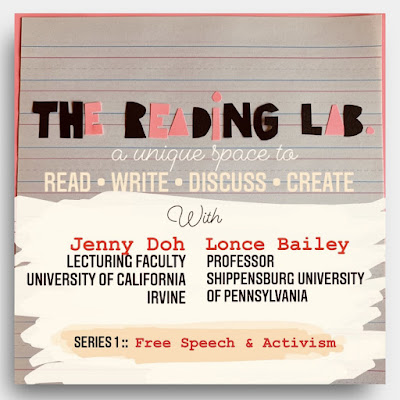 Email ThisBlogThis!Share to TwitterShare to FacebookShare to Pinterest
Labels: Art and Activism, Free Speech and Activism

THE WARMTH OF OTHER SUNS by Isabel Wilkerson 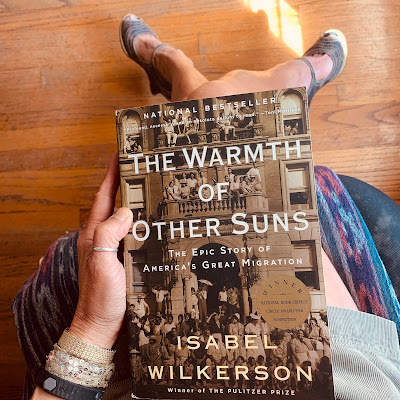 Approximately from 1915 to 1970, the servant class of America took action to leave the southern states of the United States as they embarked on a journey that would land them in northern and western states. About six million Black Americans took this action not by first asking for permission or announcing that they would. This historical truth of The Great Migration comes to life as Isabel Wilkerson, author of THE WARMTH OF OTHER SUNS, focuses on the stories of three specific black Americans who took this action:
The research that Wilkerson conducts in order to present the pushes and the pulls associated with why blacks left the south is epic.
The big push to leave had everything to do with the indignity of living under Jim Crow laws that protected the practices of white people -- from segregation to abusive work environments, to lynchings. Pershing  Foster knew firsthand, about the indignity of living under Jim Crow. A man who would eventually become a medical doctor with a thriving practice in Los Angeles knew before the migration while growing up in Louisiana how he had to swallow his rage in order to survive Jim Crow. The need to do bide his time, and to do whatever it took to survive the oppressive eye of his white bosses ... in the streets, in the fields, in his dreams:

The big pull of the migration contained the stories of more enlightened northern and western states, where Jim Crow was reputed to be less overt and dignity for blacks reputed to be more attainable. Wilkerson presents fascinating research that documents migrants as having an unparalleled will to survive. Though they didn't cross bodies of water or actual borders separating nations, the hardships they endured by making this move caused them to do whatever it took to survive -- including working longer hours, taking multiple jobs, and taking jobs that others didn't want.
As an immigrant myself, I get that to my bones.
And I get the value of:
Posted by Jenny Doh at 11:05 AM No comments: