The Dark Side of Kindness 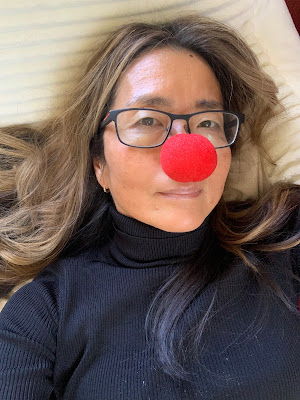 There are some who assume that the terrible nurse I battled on day 4 of Gerardo's hospitalization/recovery was terrible because perhaps she had been "unkind." That is an incorrect assumption and speaks to our society's infatuation with the notion that kindness is the salve to most of society's ills.

The nurse hadn't been unkind. She was full of gestures that are characteristic of kindness—like smiles and  polite greetings. Heck, I wouldn't be surprised if her wardrobe contains a graphic tee that says "be kind."

Coupled with such characteristics were incompetence, exaggerations, incomplete information, and a nervousness of knowing she was in over her head in terms of a specific medical intervention that she tried to fix though she was unqualified to do so, and made worse, causing unnecessary pain and suffering.

When I called her on it, she dialed up the belittling care by putting her hand on my shoulder and amping up the "kind" and "let me nursplain to you what you don't know" posture.

When I told her to take her hand off of my shoulder, she was shocked.

And perhaps some would argue that I was being unkind.

And I would argue back that kindness has nothing to do with it. The reason I take issue with our society's blind infatuation with kindness is because it doesn't recognize the dark side of kindness, which frequently leads to turning a blind eye to what is wrong in the moment, as we or our loved ones become walked all over, in the name of nice.

Language is another tool that people use to dispense belittling care. Which is why I'm skeptical of strangers who use terms of endearment (e.g., honey, sweetie, babe, my love, etc.) too quickly. Such language (like the hand on the shoulder) has a way of creating hierarchy and distorting the specifics of reality.

After an exhausting week of hospital recovery, Gerardo is home and resting. This incident of having survived surgery for a strangulated hernia adds a new dimension of care at home.

Thank you to my loving and supportive friends.