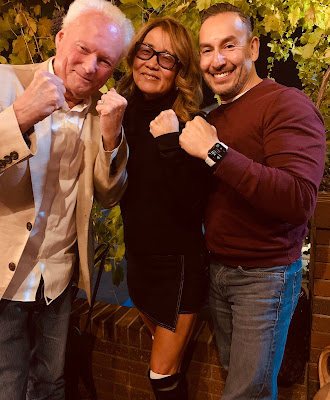 Years ago Alan, Sheny and I became friends through boxing. We go way back to LA Boxing days. Over the years the three of us with our significant others would go out to dinners and/or host dinners at our respective homes.For the last several rounds, I’ve flown solo to these dinners, happy to still be included and grateful for the generosity that Alan and Sheny show me. (No need to @ me when I share that in these types of dinner settings I enjoy having the men figure out the tab.) 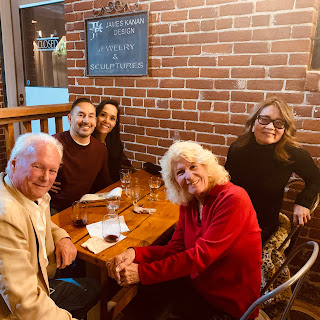 Last night I expressed how much love and protection I feel when Sheny or Alan always pick up my tab without having me rotate in to take a turn at paying. In Gerardo's absence, they remind me that Gerardo had always been quick and generous with rotating himself in when it was his unspoken turn to do so. I wouldn't have had it any other way. (Again, no need to @ me about gender stereotypes, feminism, blah blah blah.) It’s not that I can’t pick up the tab flying solo, it’s just that these friends understand that in this season, it’s more than my tab that they are picking up. They’re picking me up. And making sure I feel all the dignity, care and love.