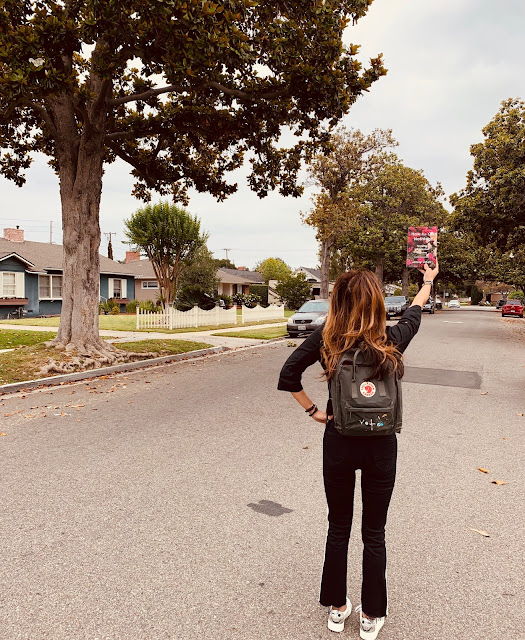 When my kids were entering adolescence, one thing I reminded them was that if they didn’t feel comfortable at a party, a lunch table, or a one-to-one conversation … they always had the right to leave. And more importantly, they didn’t have to explain their decision to leave to anyone if they didn't want to. The last point is important because sometimes it’s hard to verbalize why you feel uncomfortable. Maybe it’s because the party is becoming too aggressive. Maybe it’s because the conversation at the table is starting to turn racist. Maybe it's because the person talking to you is too disrespectfully in-your-face.

In the final chapters of her book HOW TO DO NOTHING, Jenny Odell points out how the design of social media is such that users are pressured to share thoughts right now. Not only right now, but in front of everyone.

The power of leaving in silence is that I can make a statement that cannot be taken out of context. It's also powerful because I can find space either by myself or with confidantes to think about the party, the lunch table, and the conversation. And in that space, I can decide how to proceed.

Odell describes how in 2015, the San Clemente Dam was dismantled. It had originally been built by a real estate company to reroute water to a housing development elsewhere in the state. Eventually, the dam became seismically unsafe for humans and endangered ocean life, namely the Steelhead trout.

Odell points out that "progress" in our short-sighted attention-driven economy is all about erecting new things for immediate profit. It takes time to realize, however, that short-sighted projects have negative consequences that eventually surface. And when those consequences are dire, the truly progressive thing to do is not to preserve the status quo, but to dismantle it: "Our idea of progress is so bound up with the idea of putting something new in the world that it can feel counterintuitive to equate progress with destruction, removal, and remediation ... tearing down the dam is indeed a creative act, one that does put something new in the world, even if it's putting it back."

Leaving a one-on-one conversation dismantles the conversation in an instant. Leaving a lunch table or a party perhaps doesn't dismantle the entire structure but it allows others who also feel uncomfortable to see a way out. Not necessarily to erect new conversations, but to stop the existing ones.