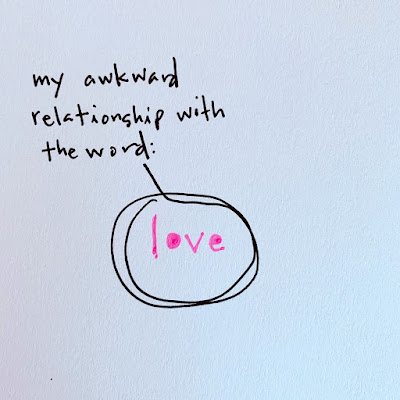 During the most recent Democratic Presidential debate, I finally felt a connection to Cory Booker. I think the main reason his campaign never resonated with me is because his overall message has been "Radical Love" and my relationship with the word "love" is and has always been awkward.

It's not that I don't feel the love for certain humans, I simply don't feel comfortable saying it.

I was raised in a family and a culture where we hardly ever said it. Linguistically, parents in Korea say things like "You did well" or "I'm proud of you" or "You must be hungry. Eat this soup I made for you." As a kid who grew up in such a context, I interpreted such statements as meaning "I love you." Not explicitly spelled out but profoundly and implicitly understood.

So when Booker came out with "Radical Love" for his campaign, I wanted to run the other way ... similar to how I feel when I see someone wearing a "Love More" t-shirt.

The people I love exist in a very small and tight circle. The larger circle is more about respect, decency, compassion, and other fine words like regard, attraction, and esteem. And then there are folks who I immensely dislike but can muster an ability to tolerate and co-exist with.

I have a close friend who says "I love you, Jenny Doh" all the time. The first few times she said it to me, I tried to ignore it. But as I truly started feeling it for her, I forced myself to at minimum write it to her via text so she wouldn't feel that I didn't feel it for her. And I have also forced myself to say it to her face a couple of times. But it never feels natural and I don't feel it's me when I'm saying it. When I explained this whole awkwardness that I feel about the word to her, she delighted in hearing the explanation and declared again, "I love you, Jenny Doh." What a friend she is. To not pressure me to say it and not pressure herself to not say it. In other words, to accept our respective cultural, linguistic and familial upbringings.

During the debate, it's when Booker spoke passionately about the inequities of how America has treated the privileged versus non-privileged in relation to possession, use, and sale of marijuana related products that I felt a connection with him. It didn't sound sappy like love sometimes does. It sounded forcefully and compassionately truthful.

The morning after the debate, I saw a photo of Booker, Klobuchar, and my candidate Buttigieg in a beautiful selfie. Smiling, respectful, and decent. Fierce competitors with different upbringings working to connect with people ... some who love explicitly and others implicitly. 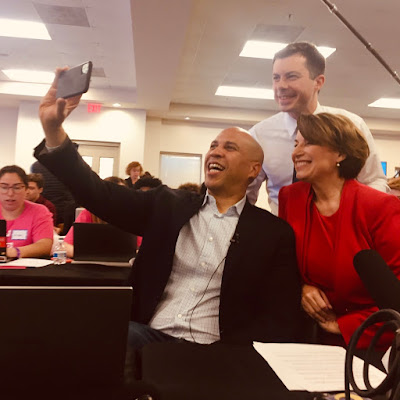