Talking to Strangers by Malcolm Gladwell 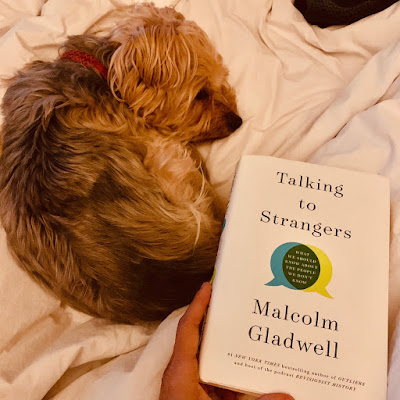 In Part Five of his book, Talking to Strangers, Malcolm Gladwell discusses "coupling," a concept that links behaviors to specific circumstances and conditions. For example, if a suicidal person finds herself on the Golden Gate Bridge and considers the idea of jumping off that bridge to be more comforting for her temperament than other modes of suicide (e.g., shooting herself with a gun), she might find herself acting on her impulse and jumping. However, if that person wasn't near that bridge but was still suicidal and only had a method that didn't feel comforting to her (e.g., scary gun), she might not act on her impulse. Coupling is when an impulse meets a context or circumstantial method that fits.

The Golden Gate Bridge was opened in 1937. It has been where more than 1,600 suicides have occurred. Eventually in 2018, a suicide barrier was installed on that bridge, which has led to a spike in suicide deterrence.

For those who argued against the installation of suicide barriers, their thought process is not dissimilar to those who today argue that universal background checks and assault weapon buy-back programs won't reduce gun violence because people determined to kill will kill, no matter what.

For some, the readily available lethal means is a bridge. For others, like Sylvia Plath, it was "town gas" loaded with carbon monoxide. Gladwell explains that more than a decade after Plath's suicide, the dirtiness of town gas evolved into natural gas, containing almost no carbon monoxide. And the rates of gas-related suicides plummeted.

In 2013, my brother committed suicide. It wasn't by jumping, though he told me once that he had considered it. But the bridge wasn't the method that would couple with his impulse. His ultimate method was a painless one and I know that it suited his fears and comfort level the most.

And how in the face of tragedy, we survivors try to find solace by blaming people for feeling the depths of darkness rather than erecting interventions that mitigate the darkness.
Posted by Jenny Doh at 1:31 PM