The Problem with Everything by Meghan Daum 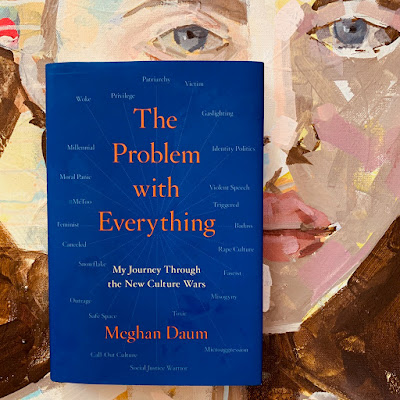 One of the nuanced points that Meghan Daum makes early in her book, The Problem with Everything is when she points out that our nation's claim about our growing problem with child sex trafficking is often made by "those wanting to see punitive measures taken against adult sex workers" (page 44).

I wonder if my discomfort of being placed in such categories reflects on my own fixation about how I want to appear to others. Like that time when I announced that my new word of the year would be "garden" with lots of sentences about how I was going to grow a vegetable garden. The thing is that I never started a garden. Just announced that I would so that I would appear to be a person with a garden.

In terms of adult sex workers, I've almost never been able to have honest conversations about the fact that as long as the worker is not forced into it, it's a legitimate career. This last sentence of mine will likely raise eyebrows and create whispers like "How can she support sex for pay? That's immoral and an affront to God!" To which my thought bubble would say "Mind your own garden."

Throughout most of the book my angst and I enjoyed the sense of hopelessness that Daum paints ... about how our current political discourse has become a reduction sauce (e.g., "Porn is bad") with no room for notes of nuance that point to the complicated, conflicted, and paradoxical truths of the human condition. Surprisingly, Daum concludes the book with a kind of hope that my angst doesn't oppose. That hope is about how life is worth living not because it is perfect with everyone understanding everything but because it is flawed, with most everyone seeking to understand. Yes indeed, the problem is the gift.