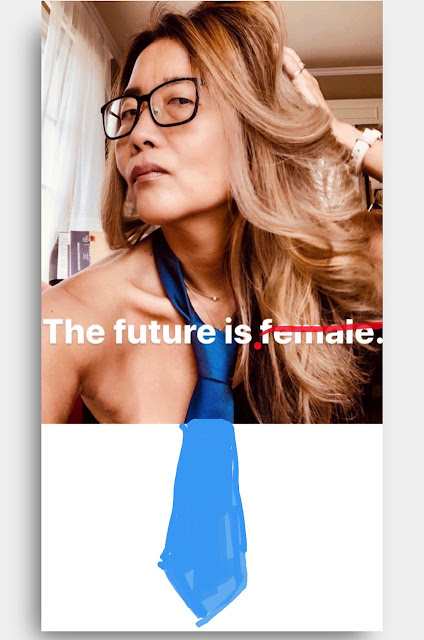 I support equality for women. It's in college when I opened my eyes to how deep-rooted and structural sex-based oppression is. It is when I became a radical, structural feminist.However.I'm not comfortable wearing a t-shirt that says "feminist." Or other variations like "the sisterhood" or "love your tribe" or "the force is female" or "the future is female." No thanks.I'm uncomfortable with the notion that there is some sort of genuine sisterhood among ALL individual women. Some of the most egregious acts of cruelty I've experienced have been by individual women. Many women DON'T help women. Women shame. Women gossip. Women sabotage. Women envy. Women take down. So do men. Not all, but many. That's because women and men are human. And many humans (not all) don't help humans (including myself at times). I'm also uncomfortable with "the sisterhood" because as Roxane Gay points out in her book BAD FEMINIST, race remains a big problem within some feminist circles.
Because there are those very special individual women who go out of their way to support misogyny, white supremacy, nationalism and ickiness in general to pursue relevance and celebrity ... like Kellyanne, Sarah, Dana, Ann, Tomi ... and quite frankly the 53% of educated white women who helped put disgraceful Trump in office. And in the deep reaches of my radical feminist heart, I say that there are individual men who are more my sisters than these individual women.
When I (mainly through art) criticize/satirize individual women like Kellyanne, there are some voices who tell me that if I am a TRUE feminist, I shouldn't criticize any individual woman including Kellyanne. And further, that I should (hashtag) believe-all-women.
To which I say: bull fucking shit.
If I believed all women, I would have believed Carolyn Bryant, whose testimony in 1955 led to the lynching of Emmett Till and who 50 years later recanted her testimony.
I support equality for women. Therefore, I support structures that compensate Kellyanne with the same pay that say a Sean Spicer is compensated. That I support structures to not favor Sean over Kellyanne for the same work does not mean that I condone what Kellyanne says or does. Nor that she has immunity from criticism/satirization because she is biologically female.
The future isn't female.The future is.
###
[This essay is a slightly expanded version from an earlier draft published on Instagram in August 22, 2016.]
Posted by Jenny Doh at 8:01 AM