TO FIGHT FOR THE NOW 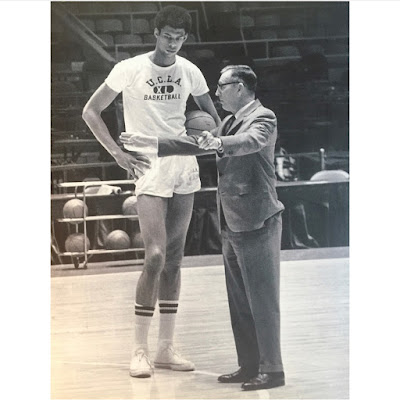 (The essay below was first published July 21, 2018 on my former blog, jennydoh dot typepad dot com. I am republishing it here, my current writing platform.)

There are so many parts of Kareem Abdul-Jabbar's book: Coach Wooden and Me have deeply touched me. I want to talk about them all. But maybe I'll talk just about a couple and how they connect to other dots floating in my mind.

Like when Jabbar explains that when he was a young player, he felt a desire to find meaning in the game, and the fact that he was playing this game galled basketball: "I wanted the game to make sense in my life beyond just having a skill set."

Jabbar also explains that practices with Coach Wooden were highly structured because rather than just running familiar drills from a list, Coach spent hours preparing for each practice, making sure he was coaching per the uniqueness of each player: "... he [Coach] realized that a particular player was not the same player one day that he had been the day before ..." Like Heraclitus who said: You can never step in the same river twice.

I think Wooden knew that the player, like the river was always evolving, always becoming and that a good coach needed to be aware of that.

My favorite podcast as of late is ThinkAgain. Every episode is so packed with interesting info that I often listen to it twice. The latest episode is with Jason Heller whose insights really enriched my appreciation for David Bowie ... and how in his quest to be "inauthentic" and arguably disconnected from community ... with startling and almost non-sensical invocation of scifi fantastic into his music ... that his work became authentic and connected. Free jazz.

Heller also wonders if artistic authenticity is even possible, given that the artist (like the basketball player) changes and evolves ... almost immediately after the art is made. After the play is played. Like the river. Always the same. Never the same.

In Celeste Ng's Everything I never Told You, the character Lydia dies. That fact is not a spoiler alert as it's the first thing we learn. How she dies is a spoiler alert so don't read on if you don't want the spoiler.

So Lydia decides to enter the body of water even though she doesn't know how to swim. She is in that moment who she is and she does what she feels is right in the moment.

It makes me think about the delicate balance of life. To be in the moment and have the courage to step in that water, knowing we will change and the water will change tomorrow.

But isn't that also true with other choices we make? Like to fall in love? To say yes? To walk away? To say no? To fight for the now?

Coach Wooden lived to be ninety nine ... who said about the game, which applies to life and death: "Players with fight never lose a game, they just run out of time." 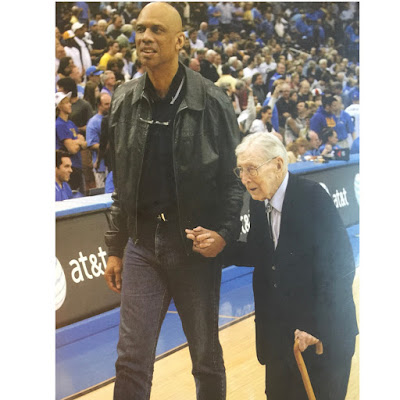 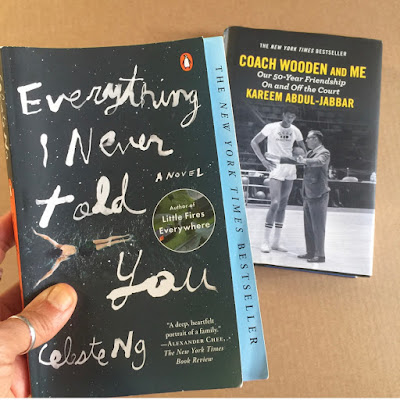